Humans aren’t the only ones who can get to know someone online and then meet them in real life. Turns out, some animals do too. At least these two have.

This Instagram-famous golden retriever from Tampa, Florida is named Kevin and he loves going on all kinds of adventures. Recently, this adorable doggy was invited to visit Clearwater Marine Aquarium, where he had a chance to finally meet his online pal. Yes, you read this correctly. And the friend we’re talking about is a dolphin named Winter.

This beautiful friendship started when Kevin caught the attention of the Clearwater Marine Aquarium. Apparently, Kevin loves wearing his adorable duck hat and, turns out, one of the aquarium rescues, a dolphin named Winter, loves ducks too! 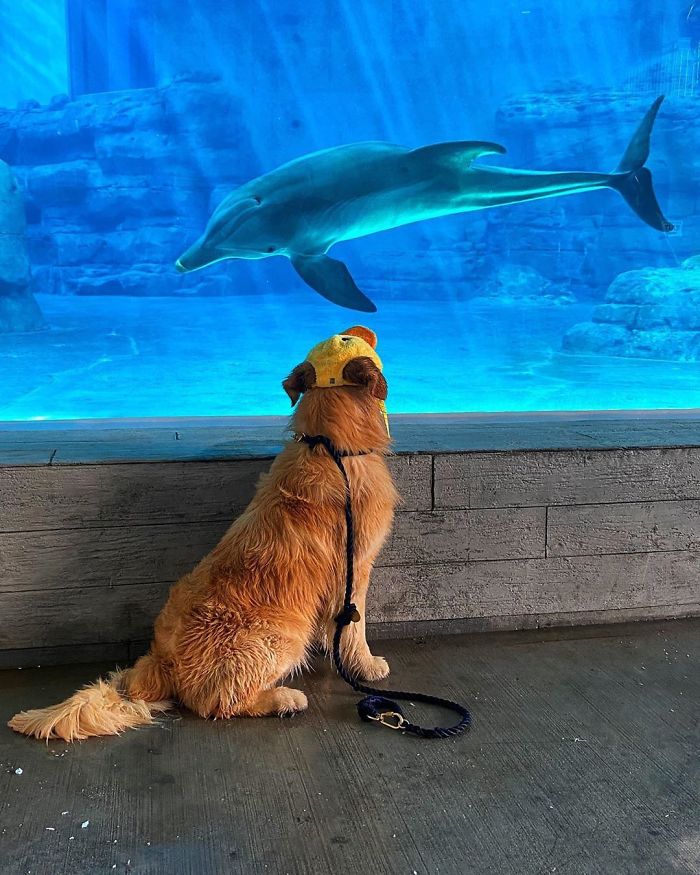 The aquarium posted a video of Kevin watching the video they had sent him and wrote this: “Is This The Start Of A Pawfect Friendship? We were hoping to make new friends on #InternationalDayOfFriendship and we think this can be the start of something special! Would you like to FaceTime soon @agoldennamedkevin?”

After that, they finally met via FaceTime, where the doggy was formally invited to come to the Clearwater Marine Aquarium and meet his friend in real life.

“Kevin had the entire aquarium to himself and he met so many new friends,” Kevin’s human, Elysse Gorney, told Travel + Leisure. During his visit, Kevin had a chance to meet loads of new friends, including pelicans, sea turtles, and stingrays. After that, he went to the brand-new Ruth & J.O. Stone Dolphin Complex, complete with five pools and floor-to-ceiling windows, to meet Winter and the other dolphins, Hope, PJ, Nicholas, and Hemingway. 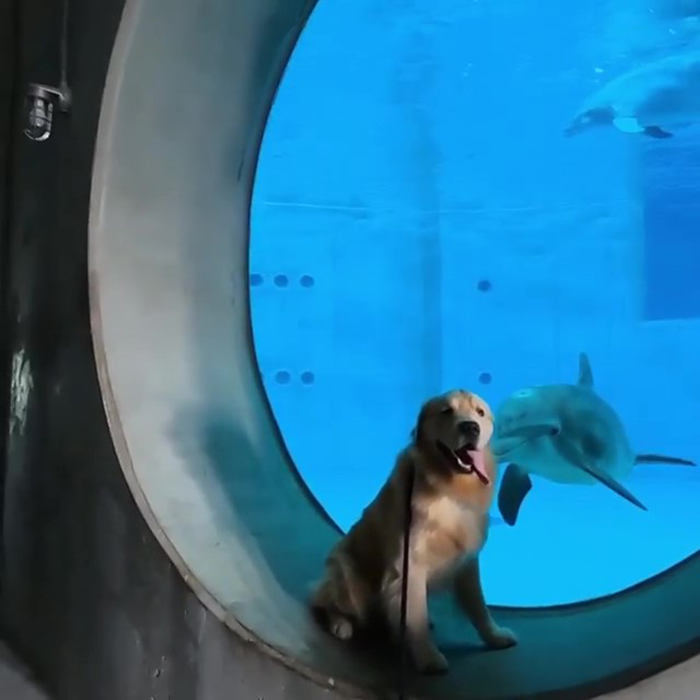 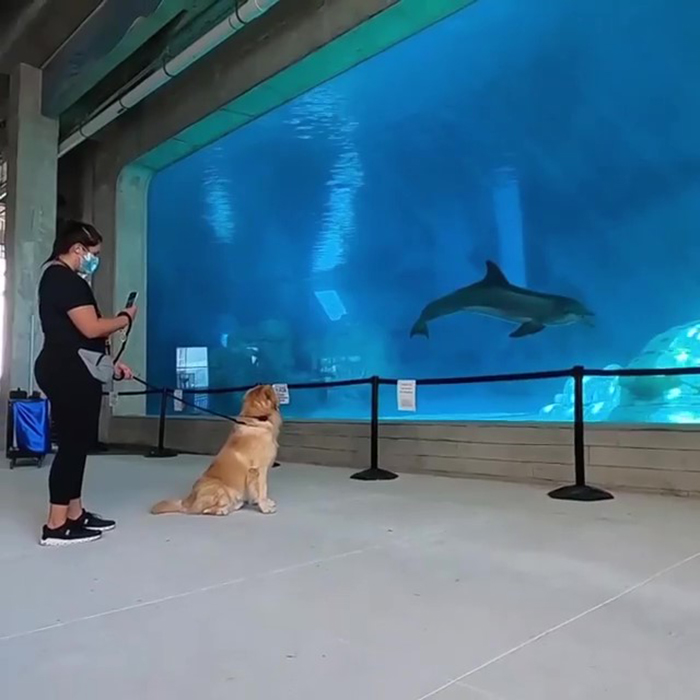 Turns out, Kevin even got a chance to go for a swim in the Winter Zone with her carer Katie Wojdyla.

“Swimming with Kevin in Winter’s old home was definitely a day I won’t forget. Not only was it easier to breathe because we were above water, but it was an extra special moment where my passions for animals, the environment, and our oceans all combined. I absolutely love all our rescued animals at CMA, but there is just something about a dog that makes me smile,” Katie told Travel + Leisure. 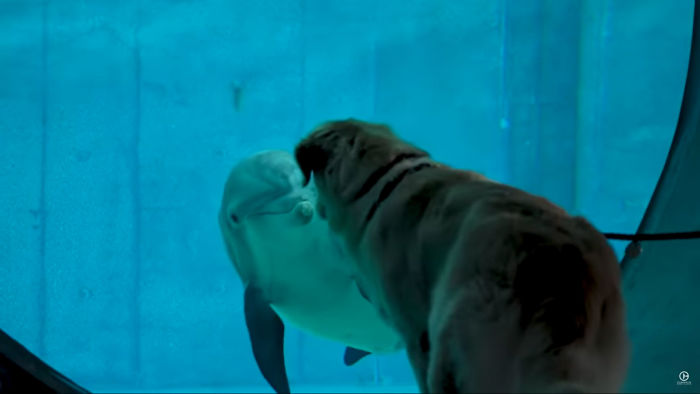