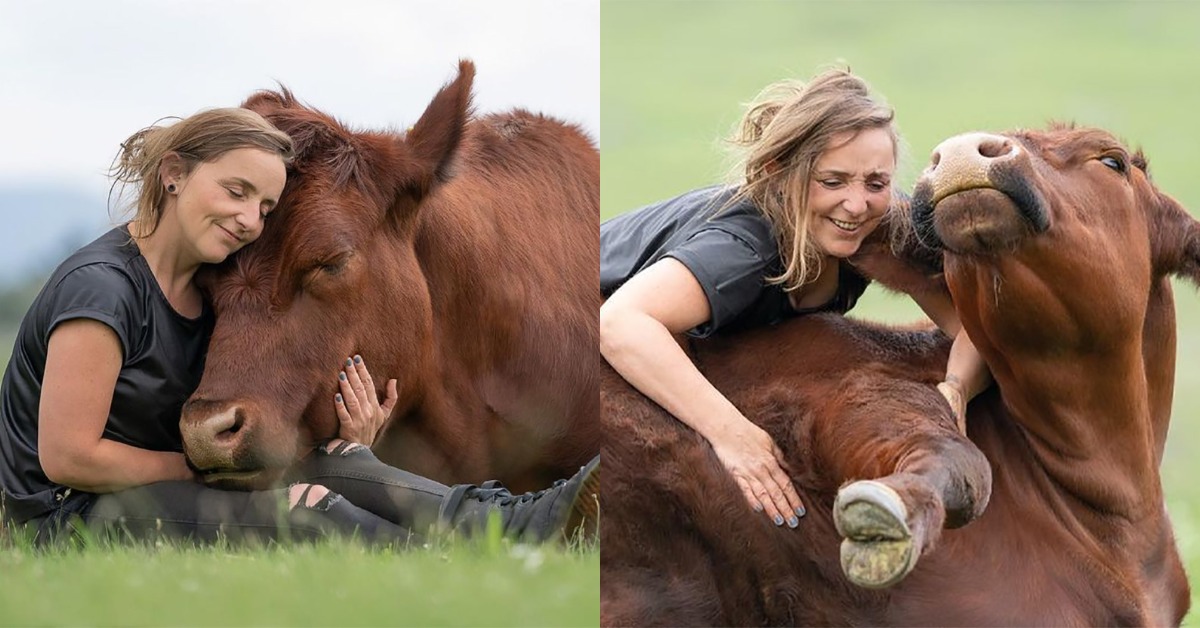 After saving a big bull when he was a young calf, a woman made best friends with him, and the two now share and enjoy his life like any pair of best friends would.

Heidi Ross knew she had to save the small calf when she saw him face down in a pile of dung, unable to breathe. Heidi’s heart was affected by the poor calf, and she felt compelled to do everything she could to save him.

The young woman was working on a farm at the time and had to convince the boss to let her buy the calf rather than have it sent to the slaughterhouse.

Because the calf, now known as Thor, was born nearly a month early, he couldn’t stand or walk on his own, complicating his life. Heidi, who lives in the Scottish Highlands, was unconcerned about Thor’s health since the most important thing to her was being able to save him.

He has been caring for Thor since that day, and despite the fact that he has grown into a huge bull weighing over 750 kilos, he is still his lovely pet.

Thor and Heidi have formed a nearly unbreakable and amazing relationship despite their physical and behavioral differences. Thor lies down and rolls over like a puppy to have his tummy tickled every time Heidi caresses him.

“Taking care of him has been a major choice for me; I’ve never worked with large animals before, and the largest animal I’ve ever had was a guinea pig, so meeting Thor has been an amazing experience.”

The young lady claims that she has had to work hard to gain confidence; while he would never purposefully harm her, he may do it inadvertently. Thor is not violent, but due to his size, he is unaware that some actions, even while giving affection, might harm his companion.

Heidi made the following observation:

“I believe that any animal given the opportunity will demonstrate that all species, including domestic animals, are sensitive, have feelings, and emotions.”

The woman said she would not have believed it three years ago if someone had asked or told her she would be caring for a massive bull.

But the truth is that she now enjoys being covered in dirt, having straw in her hair, and cleaning the barn on Sundays.

“We’ve arrived, and I wouldn’t change a thing.”

Thor is now a grown and thriving bull, enjoying his excellent life, three years after Heidi rescued the calf.