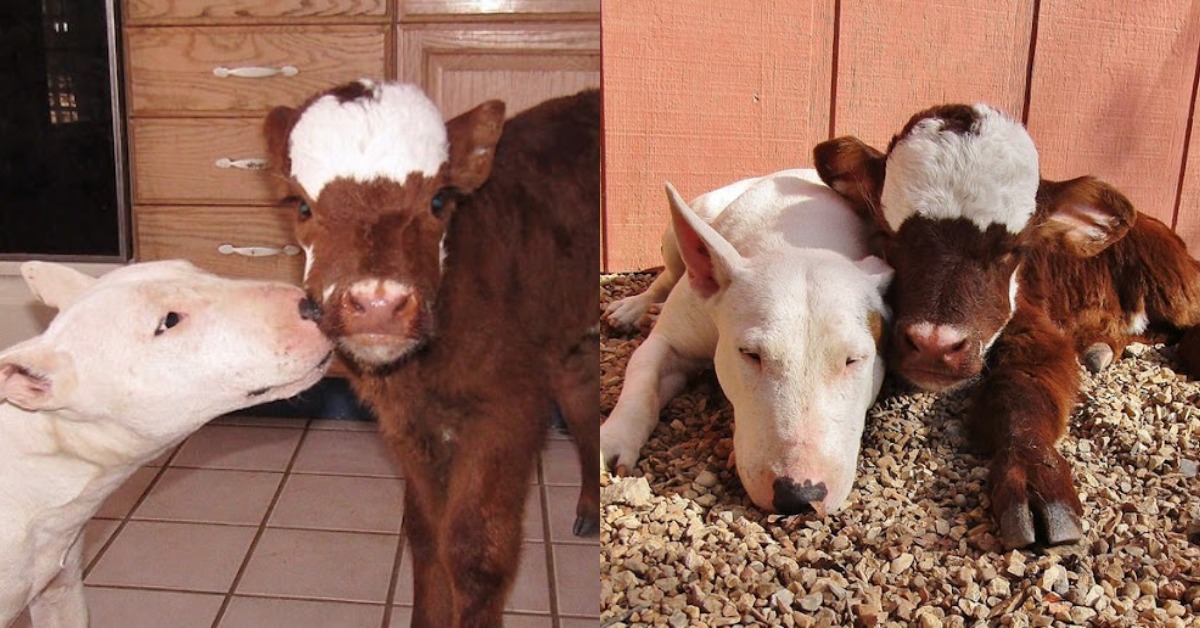 Moonpie is a little cow that is a total sweetheart. Janice Wolf rescued her from a local auction and took her to the Rocky Ridge Refuge, which Wolf also oversees.

She had to be inside Wolf’s house since she was inadequate when she was rescued, and she or he was reared among dogs, so she associated herself with them as well.

“Babies like that — they don’t know much about what it’s supposed to be, so they simply accept everything,” Wolf explained. Moonpie seemed to have a unique relationship with a white bull terrier named Spackle, who took her in as soon as she arrived at the sanctuary.

Moonpie has now met another little cow, and despite her initial skepticism, she has accepted her resemblance to another large dog!

Moonpie is the sweetest cow and everyone adores her.